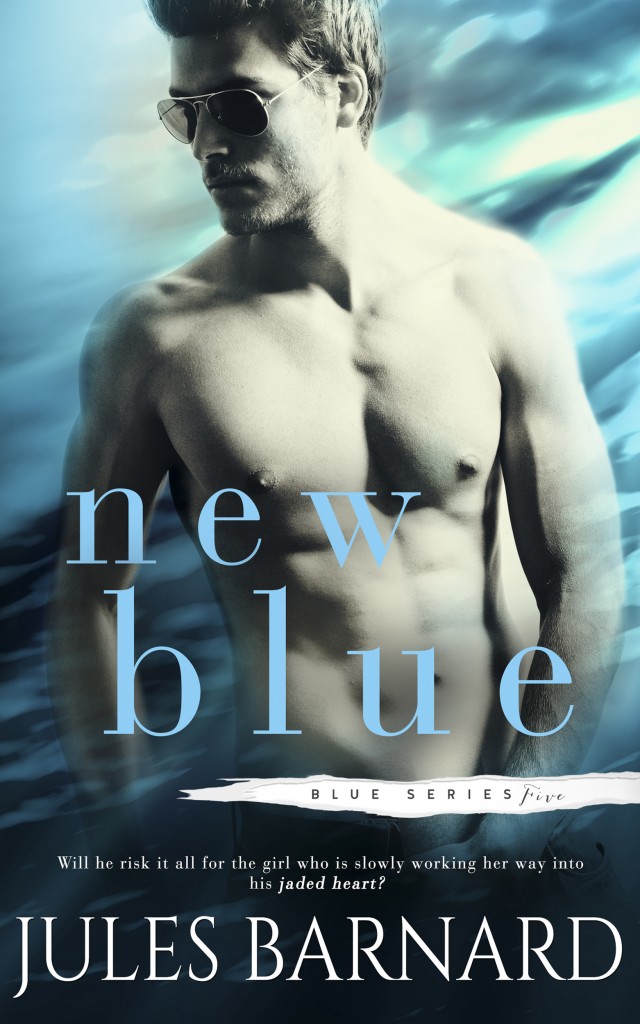 Purchase: Amazon | iBooks | B&N | Kobo | Google Play
The survivor of a high school sabotage that made her flee her hometown at sixteen, Hayden Tate is no stranger to bullying. Now she has returned to Lake Tahoe to take on her dream job with a degree and a backbone. But her newfound strength is pushed to the limit as she fights to hold her own against the old boys club of Blue Casino. Adam Cade is the prince of Lake Tahoe, born into one of the wealthiest families in the area. He’s used to doing what he wants when he wants. So when his powerful father threatens to cut him off without a dime unless he uses his Ivy League degree for a job his father got him at Blue Casino, Adam capitulates. Hayden, the head of HR, hates Adam on the spot, finding every way possible to put him in his place—and suddenly the lackey job his father found him gets interesting. Adam’s life of leisure lacks substance, and even though he’s not willing to give it up, he wouldn’t mind the distraction Hayden presents. But when the casino’s sinister inner workings begin to reveal themselves and Adam is caught between the powerful executives he works for and the lovely Hayden, his loyalties are divided. Blue Casino offers Adam a lucrative career where he wouldn’t need his father’s money for the lifestyle he’s accustomed to, but at what cost? Hayden’s silly side shines through when Adam least expects it, charming his jaded heart, and forcing him to face a morality he never knew he had. For the first time in Adam’s life he finds himself yearning for something real, but will he risk losing everything to have it?

Before turning to storytelling, Jules earned a master’s degree in public health and spent many an hour running statistical analysis–until she realized her favorite part of the job was writing reports. She decided to cut out the math and add in some hot guys, and so began her career as a novelist. Jules is a Northern California native living on the coast with her husband and two children. She has no impulse control around cupcakes and credits herself with the ability to read while running on the treadmill or burning dinner. 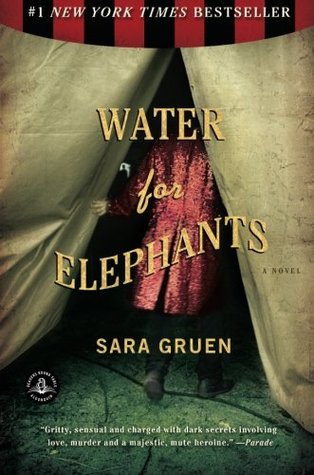 Author: Sara Gruen
Format: Kindle eBook, purchased on amazon
Did it feel like a full novel: yes
Cliffhanger: no
Genre: historical, romance, movie
Dates Read: Feb 24-Mar 3, 2016
Official Blurb: Orphaned, penniless, Jacob Jankowski jumps a freight train in the dark, and in that instant, transforms his future.
By morning, he's landed a job with the Flying Squadron of the Benzini Brothers Most Spectacular Show on Earth. By nightfall, he's in love.In an America made colourless by prohibition and the Depression, the circus is a refuge of sequins and sensuality. But behind the glamour lies a darker world, where both animals and men are dispensable. Where falling in love is the most dangerous act of all..
One Sentence: Felt transported to behind the scenes at this circus during the Depression

Full Review: I haven’t watched the film, and all I really know about it is that Robert Pattinson is in it. I didn’t have much interest because it looked like a star-crossed lovers romance somehow, and I didn’t know there was more plot to it. However, after reading the book, I certainly want to give the film a try!

I was very easily hooked into the character of Jacob, feeling his frustrations as he recalls things in present day, having an annoying number of problems in his nursing home. You feel for him, but you don’t really pity him. His voice felt believable to me. The other half of the book’s action takes place in the past, when he was young and joined the Benzini Brothers Most Spectacular Show. It’s really cool, making me want to watch Carnivale and other stuff like that (recently got through American Horror Story: Freakshow). No, nothing reminiscent of Freaks (1932), rather more the drama just from workers and performers and animals all jumbled up together, being on a tight schedule. But I still liked reading from Jacob’s perspective and enjoyed his younger self. I was reading the book eagerly and enjoying every word.... up until The Romance.

It felt like it was added because it needed to be part of the story, but I could not believe, throughout the whole thing, that these two characters really loved each other. I mean, I was told they did, and I could see little things, but it felt much to quick even by romance novel instalove standards. Maybe it was also because Marlena felt kinda one dimensional? Well, not that much, but more so than Camel or Walter for sure. Even August was somebody, not just a cardboard puppet.

But thankfully there wasn’t all that much time wasted on the romance, there was rather a bit more! The traveling situation, the interactions of persons (I was curious about more rube/carniefolk interactions but eh well), the animals like Rosie and Bobo. Now all that I could easily get myself easily lost in the book again.

I am curious about Gruen's other works, but it might take me a while to pick one up, just because I don’t want another lackluster romance. Possibly it just felt that way because when you compare their relationship to a full romance novel, it’s a bit skimpy in comparison perhaps? I don’t know, but either way, it really didn’t detract too much, it was just not as enjoyable as the rest of the book.

Email ThisBlogThis!Share to TwitterShare to FacebookShare to Pinterest
Labels: 4 and above, historical, review 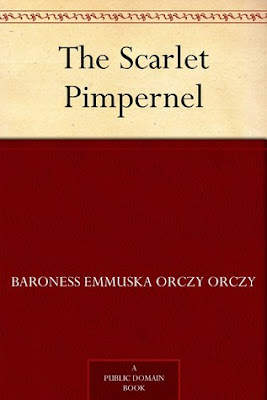 Author: Baroness Emma Orczy
Format: Kindle ebook, free on amazon
Did it feel like a full novel: yes, though a short one
Cliffhanger: no
Genre: classic, vigilante adventure with a tinge of romance
Dates Read: Jan 5-25, 2016
Official Blurb: Armed with only his wits and his cunning, one man recklessly defies the French revolutionaries and rescues scores of innocent men, women, and children from the deadly guillotine. His friends and foes know him only as the Scarlet Pimpernel. But the ruthless French agent Chauvelin is sworn to discover his identity and to hunt him down.

One Sentence: Amusing read that took a while to get action-y, and made me eager to read the others in the series

Full Review: Read this for our book club, and glad it was picked. The style was easy enough to deal with, especially for a classic. There were parts where you could hear the author, reminiscent of the way Alexandre Dumas, where you can see which characters they like or don’t like. I enjoyed reading the first ‘heroic secret vigilante’ novel, and it’s fun to see what tropes have changed and which have stayed the same. Maurgerite was the main character, and I enjoyed her despite not liking her.

To explain, I liked that she managed herself and had her own opinions on life. But I was not a fan of how at the very end, she just stopped DOING things, now becoming a passive ‘damsel in distress' who needed to be saved. Mostly it jarred me from the story because it was such a break from earlier. She'd made her life her way, and really got stuff done when it came to the second half. Compared to modern story females, she wasn't all that proactive, but if you compare her to those of a similar writing period (such as the main character of "The Yellow Wallpaper") there is a noted difference. But then at the end she faints and just lays there and cries. Disappointing!

To go back to the author’s writing, I think I best loved how she seemed to often go “Percy was built like a perfect Hercules/Adonis, but dumber than a bag of rocks. Still cute though.” It made me think of many of us writers when we start out. We love our characters, and want them to be loved despite their flaws by others.

Marguerite was the mainly fleshed out character, though her husband and her nemesis have their moments, I wouldn’t say this is all that character-driven of a plot. Yet I wouldn’t say it was action-driven either. I think that’s why I feel I want to read the others of this series, being that I want more than just a taste of this world and this heroic story.

It was cool that after a point, you know who the Scarlet Pimpernel is, but the book tries to keep it secret for you by not pointing it out itself. Makes me think of how the first 20 minutes of Terminator 2 are filmed (where you don't know Arnold is the good guy), yet the trailer gave it away anyway. Well, maybe not like that, but it still reminds me of it, heh.

Email ThisBlogThis!Share to TwitterShare to FacebookShare to Pinterest
Labels: 4 and above, historical, literature, review

BOOK REVIEW - Bound by the Enemy 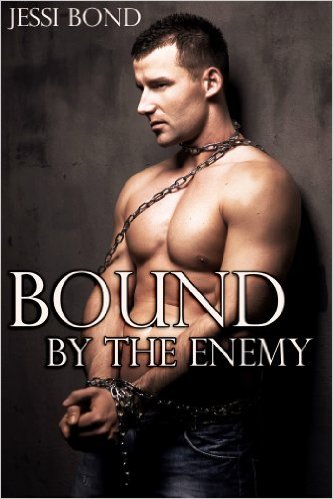 Author: Jessi Bond
Format: Kindle ebook. Free at All Romance ebooks here.
Did it feel like a full novel: nope
Cliffhanger: serial ending in the middle of the story
Genre: erotica, gay male, reluctant (based on the character; in real life would be non con/rape)
Dates Read: Feb 24-25, 21016
Official Blurb: Secret agent Randal Blake has been captured by the enemy, soon to be tortured and held in captivity. Or so he thinks - until his captor makes it clear that he's interested in more than information or ransom. Bold and sensual, the mysterious kidnapper offers Blake a unique alternative to traditional torture - and the drug he slipped into Blake's food is making it seem all the more enticing. Will the straight spy decide to become another man's sex slave?

One Sentence: Supposed to be fascinating but can't be taken seriously

Full Review: The idea sounded incredibly hot! I wanted it to be good! It's not so much the writing which failed, but the plot layout and the incredibly quick narrative that is just too ridiculous to believe. The hero is boring, and seems ridiculously calm about his sexual capture, and accepts it way too soon. There's a fisting act, but it's very step-by-step and then over so quickly, you don't have time to care. For being a badass superspy guy, this dude is a complete pushover. And I just HATE the way he's told he's a "natural submissive". Sorry, but someone's preference to be submission doesn't have anything to do with enjoying being with just anyone against their will. Though I guess, the hero isn't acting very 'captured' anyway, bleh. It just reminds me too much of those het stories where the girl meets the guy and finds out she's a sub and loves everything her Dom does to her despite not wanting to do any of it previously in any other situation.